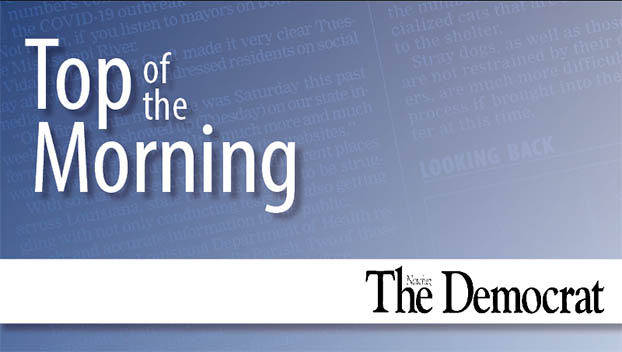 New era of cooperation in Legislature

On the final day of the 2021 legislative session in early April, Speaker Philip Gunn spoke of the “good spirit of cooperation” that had permeated the House.

“This (cooperation) is something I am very proud of..,” said the Republican who is in his third term as speaker. “That did not mean we agreed on everything. But working with my House colleagues there was a great spirit of trying to do the business of the people.”

On the other side of the Capitol, Delbert Hosemann, who is in his first term as lieutenant governor presiding over the Senate, made similar claims.

Those claims by the presiding officers could be viewed as self-serving. After all, being able to bring people together is one of the characteristics of a successful presiding officer. But by most objective measures, it can be argued the 2021 session had less conflict and more cooperation than most recent sessions.

Remember back to 2016, for instance, when conflict dominated the session as Republicans, holding a three-fifths super majority in both chambers for the first time in modern history, rammed through their agenda. They passed legislation, sponsored by Gunn, that allowed governmental employees and private businesses to deny services to same sex couples based on religious objections. The Legislature stripped some authority of Democratic-controlled Jackson over the city-owned airport. The largest tax cut in the state’s history — a significant part aimed to benefit large, out-of-state companies — was also pushed through, as was school choice and many other staples of GOP philosophy.

In the House, in particular, Gunn battled with the Democratic minority over rules and procedures. Democrats turned to requiring bills to be read word-for-word — as is allowed in the Constitution — to slow the process. Gunn countered with what was tabbed “the demon chipmunk,” a computer reading application turned up to a super-fast level. Then-Rep. Jay Hughes, D-Oxford, sued Gunn, arguing the demon chipmunk violated the spirit of the Constitution. The demon chipmunk case made it all the way to the Mississippi Supreme Court, where Gunn prevailed.

During the 2021 session, there was no bill reading. Instead, Gunn often joked with members from the speaker’s podium, even playing elaborate practical jokes. There were less “red meat” bills that often seem to be passed by the Legislature to make conservative social statements instead of dealing with issues actually impacting the state.

It should be clear, though, that 2021 was not controversy free. Anti-transgender legislation was passed. There were other disagreements, too, but in general the Democrat leadership also confirmed the cooperative spirit.

“Two years into the new term, there has been less controversy than there has been in a long time,” said Derrick Simmons of Greenville, the Senate Democratic leader. “That does not mean we agreed on everything.” Simmons gives Hosemann credit for keeping lines of communication open with Senate Democrats.

The cooperation that highlighted the 2021 session most likely started in 2020. While Republicans and Democrats on the federal level continue to fight like cats and dogs, House Democratic Leader Robert Johnson of Natchez said it seemed COVID-19 brought the parties together in the Mississippi Legislature.

That cooperation started in 2020 with a common goal: prevent Republican Gov. Tate Reeves from unilaterally spending more than $1 billion in federal coronavirus relief money, as he claimed he had sole authority to do. Both Gunn and Hosemann believed strongly that the Legislature had the constitutional authority to spend the funds. But to pass veto-proof legislation to ensure that authority, Republican leaders needed Democratic support.

Then later in the year, that cooperative spirit reached a new, perhaps unprecedented level when Republican legislative leaders worked with Democrats to retire the state flag that contained the Confederate battle emblem in its design.

That move created an era of good will, especially for Gunn, who for years had been the most prominent Republican politician in favor of changing the controversial flag. Gunn did not initiate the move to change the flag in 2020. That was done by a bipartisan group of primarily younger House members, spurred by the video-taped killing of George Floyd, an African American, at the hands of white Minneapolis police officers.

But Gunn, who spoke out against the Floyd killing, provided the opportunity and the leadership to ensure the removal of the flag.

The bottom line is that there is an era of good feelings in the Mississippi Legislature. But be assured in politics that will change based on circumstances.

Since I arrived in Natchez, I have been talking about the Power of Travel and the impact our community has... read more