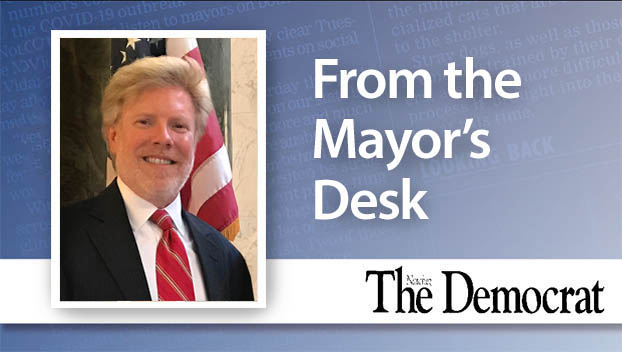 Last Monday morning, the Natchez Adams Chamber of Commerce hosted its annual Legislative Forum, and, in spite of the pandemic times we are living in, the turnout was great!

Also great was the vast array of topics discussed. From healthcare to prison reform, elected school boards to crime, we covered a lot of ground.

It is good to live in a community where there is so much interest in the happenings at the State Capitol.

The largest room at the Natchez Convention Center, set up in a socially-distanced format, was almost full. I dare say that, were it not for the pandemic, the crowd would have been even larger.

Being involved in the process is exactly what we as a community must do. We have a lot at stake!

Having been a state lobbyist for many years, one thing I have learned is that it is not always what gets passed —  it’s sometimes more important what gets defeated.

For example, over the years there have been many attempts to cut funding in three areas that are vital to the livelihood of our city: Tourism, Historic Preservation and Film Credits.

And unfortunately, these attempts have at times, even in recent memory, been successful.

It is important to give credit to our State Delegation in Jackson.

Our Representatives and Senators have worked hard to preserve funds for Natchez, and we applaud them. Just last year, thanks to their efforts to preserve tourism funding, and with the help of our lobbyists (even before they were officially our lobbyists), Visit Natchez, the city’s tourism promotional office, was given over $500,000 to assist in marketing our city during the pandemic.

The strategic spending of these funds has helped greatly in keeping tourism alive during these challenging times.

In recent years, our delegation has fought also to secure funding for historic grants and tax credits, in addition to fighting for the film credits that are so desperately needed to keep our film industry strong. Just a couple of years ago, these programs were in danger. And it’s important that we remain vigilant so that they not fall under the legislative axe ever again.

Historic preservation funds are vital to our city. Just last week, the MS Department of Archives and History awarded projects in Natchez over $350,000 in grants, funded by the Mississippi Legislature.

As a result, the deplorable roof on our historic City Hall will be replaced and much needed repairs will be made to the historic House on Ellicott Hill.

Film tax credits have become just as important to our community, drawing major film projects to our area and spurring a new era in film-making in Natchez. The result has been millions of dollars spent in our community and many new jobs created, from part-time to full-time, jobs that just a few years ago were non-existent.

Rest-assured we will be working on a number of important items during the Legislative Session, to include crime prevention, completion of the Bellwood Levee at our Industrial Park, and improving safety on Morgantown Road.

But in addition to these priorities, safe-guarding Tourism, Historic Preservation and Film Credits must remain high on our list.

Studio owners teaming up to make Natchez a music-making destination

A year and a half ago, Burne Sharp and Ron Roper met for coffee, where they discussed Sharp’s vision for... read more