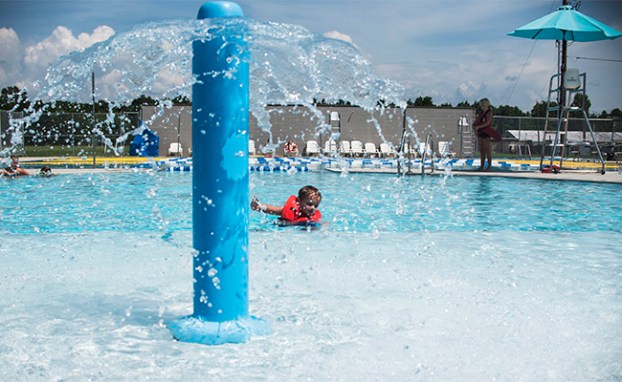 City of Natchez to consider financing parks and recreation improvements

NATCHEZ — Natchez Mayor Dan Gibson prompted the Board of Aldermen to think about financing parks and recreation projects with a municipal bond during Tuesday’s meeting.

Officials said the clock is running out on grant funds for approximately $300,000 worth of improvements at the community pool near Natchez High School, which requires a match of $84,000 each from the City of Natchez and Adams County.

Meanwhile, members of the Board of Aldermen are undecided on whether they want to proceed with making improvements to the pool with so many other parks and recreational facilities in dire condition.

The Natchez Mayor and Board of Aldermen plan to host a special called meeting at 4 p.m. on Jan. 26 to discuss city finances and come to an agreement about the pool grant.

“As much as I would like to do more things to the pool, it warrants a discussion of the dire state of our playgrounds that kids are playing on and the stadium, the seating in our ballparks,” Alderwoman Sarah Carter-Smith said.

Other members of the Board of Alderman echoed Carter-Smith’s concerns for other parks.

“Our playgrounds have become worn out to the point of being unhealthy and, in some cases, hazardous to the public,” Alderman Dan Dillard said.

Alderwoman Valencia Hall said a task force has been reviewing all six of Natchez’s parks and cataloging what the needs are, from lighting improvements to rebuilding fields and playground equipment.

The board agreed in a previous meeting to pay $4,800 to Eupora, Mississippi architect Belinda Stewart to assess the golf clubhouse at Duncan Park and give officials direction on the potential uses and costs for renovating the facility.

Stewart, who specializes in historic buildings, was also employed by a non-profit group to do a similar study of Margaret Martin.

Gibson said the city’s bond for financing the Natchez Convention Center would be paid off in less than four years, which would give the city room to pay of another debt if officials decide to finance various recreation projects.

“This would be a short-term bond because the convention center debt will be retired in four years,” Gibson said.

The Natchez Mayor and Board of Aldermen hosted their Tuesday regularly scheduled meeting electronically due to cases of COVID-19 and exposure at City Hall, Gibson said.

All aldermen attended the meeting electronically except for Alderwoman Felicia Irving, who said she absent due to COVID-19 illness.

Gibson said City Hall has been sanitized and those who’ve come in contact with COVID-19 are under quarantine.

In other matters during Tuesday’s meeting, the board:

4 Approved purchase of an excavator for Natchez Public Works from Stribling Equipment for $70,914.81. Natchez City Attorney Bryan Calloway said the quote from Stribling was not the lowest bid but was the only bid that met the minimum specs needed for the department’s purposes.

Arrington said he was quarantined at home due to COVID-19 exposure at work and is hoping for a negative test result.

“Due to the nature of work we are unable to social distance,” Arrington said. “We should have extra protocols in order to keep each other safe.”

Carter-Smith said she wanted to hear a physician’s input about the need for a negative test and voted “nay.”

4 Approved a short-term contract with South Star Urgent Care in Vidalia to see city employees and their dependents as needed for rapid COVID-19 testing at a rate of $55 per test. Gibson said the city could switch to a Natchez healthcare provider if the healthcare provider can match or offer a lower cost for the service.

4 Approved the purchase of two vehicles for the city inspections department for $39,000.

4 Extended a work contract with a private security company for security services on the Natchez bluff through Jan. 30 at a rate of approximately $840 per week.

Work crews from the City of Natchez and Adams County started the demolition of the old A&P grocery store on... read more