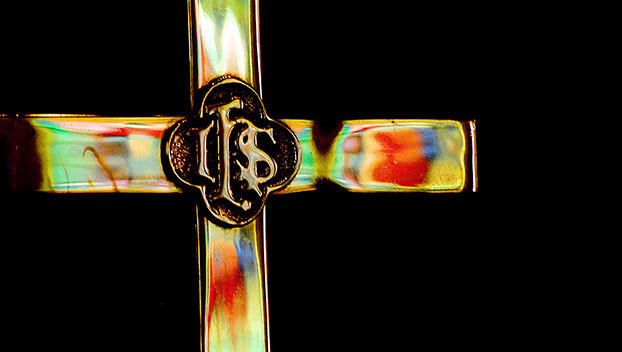 “But when the kindness of God our Savior and His love for mankind appeared, He saved us – not by works of righteousness that we had done, but according to His mercy – through the washing of regeneration and renewal by the Holy Spirit”  — Titus 3:4-5.

It was a time of sadness, confusion, and hopelessness.  Three of the mightiest powers were at each other’s throats politically and economically.  Of these three powers, one king captured a particularly important city.  This foreign king made a simple deal with the entrapped king:  if they paid him tribute, everyone’s life would be spared.  Forego the tribute – forego their lives.  However, the entrapped king had secret weapon: four Jewish advisors that were his daily voice and wisdom. Unfortunately, these advisors gave the king extremely poor advice.  They told him to disregard the foreign king’s threats and side with another power of the mighty three.  When the invading king heard the entrapped king had sided with another, he laid siege on the city immediately!  No one could enter or exit.

As time went by, the invading king told the entrapped king that all he must do to survive was surrender and be exiled to his homeland.  Meanwhile, an ignored man of God was telling the entrapped king to surrender so no one else had to die!  It was better to be exiled than to starve to death!  The four advisors got word that this “man of God” was saying such things in the courtyard day after day – so, in an attempt to glorify themselves, they convinced their king this man wasn’t seeking the welfare of the people, but their harm. The king let them do whatever they pleased against the man.  Without hesitation, they seized the man of God and tied ropes around his chest and under his arms.  They had several servants seize him, transporting him to the nearest cistern in the king’s courtyard.  These cisterns were used for holding water, but since the city was under such a devastating siege, the cisterns were empty, except for mud at the bottom.  As the man was lowered and his feet touched the mud, he began to sink, creating a vacuum-like effect where he was quickly sinking.

This man of God was absolutely trapped:  he couldn’t pull himself out of the mud and even if he did somehow, he’d still be stuck at the bottom of this muddy cistern.  There was no way to climb out, nothing to grab onto; he was literally helpless— UNTIL, one nameless man, only known as “Property of the King”, began throwing down old rags and worn-out clothes to the man of God.  The man of God was confused as he looked up at the unknown deliverer.  The deliverer told him to put the rags and clothes under his arms, so that when he and at least 30 other men helped pull him out, the ropes wouldn’t hurt him from the force against his body.  The man of God did exactly as his deliverer commanded and before he knew it, he was being freed from the engulfing mud and lifted back to the surface.

Have you figured out where this story is from yet?  You won’t find in on FoxNews, CNN, NBC, or ABC, but from a place much more reliable: God’s Word.  This is the story of Jeremiah the prophet from Jeremiah 38, who is falsely accused and punished for preaching words of hope and deliverance to King Zedekiah.  King Nebuchadnezzar of Babylon laid siege on the city after Zedekiah’s advisors convinced Zedekiah to side with Egypt.  Nebuchadnezzar’s siege on the city is horrifying.  God’s people undergo some of the worst conditions imaginable, far worse than our current pandemic (read Lamentations 4 & 5).  BUT – just when Jeremiah thought his life was about to end, God provided a man whose name isn’t even mentioned in Scripture, a man who had been listening to Jeremiah’s daily homilies, one who convinced Zedekiah to let him go.  Zedekiah agrees and allows “Ebed-melech” to save Jeremiah from his completely hopeless state.

This past weekend, I drove by an interesting sign on the highway in Jackson.  The digital sign looming over the highway read: “Washed hands, mask on, You can’t lose.”  Do we realize how misleading a sign like this is?  What’s it really saying?  As long as we wash our hands and wear a mask during this pandemic, we’ll be fine.  You’re in control and if you get the virus, then it’s your fault!  You weren’t careful enough!  Friends, I could be in a bunker 50 feet underground, wearing 10 masks with 10 pairs of gloves with 10 different types of cleaning solutions constantly spraying everything – BUT – if God wants me to get the virus, I’ll get it!

At some point, our faith must outweigh the FEAR this world is relishing in.  We’re meant to live wisely, but not timidly:  afraid to shake hands and fellowship with our brothers and sisters.  We must TRUST and EXEMPLIFY that trust that only God can DELIVER us from the current pandemic, and all the other outside threats and pandemics to come.  We can’t save ourselves!  Like Jeremiah, without God, we’re at the bottom of a muddy cistern with no one to pull us to safety.

The moment we start listening to anything else besides God’s Word, we become blinded to reason and safety (like Zedekiah with his four advisors).  If we remain faithful to God, through the good times and the bad, ”through every season under the sun,” as Solomon says in Ecclesiastes, we’ll always have a solid rock on which we stand:  Jesus Christ.

May we cling to Him more than we ever have. “I waited patiently for the LORD; he inclined to me and heard my cry.  He drew me up from the pit of destruction, out of the miry bog, and set my feet upon a rock, making my steps secure” — Psalm 40:1-2.

Sandra Wimberly Washington submitted this picture of her bouquet of flowers to Bonita Hamilton, Natchez High softball coach. If you... read more