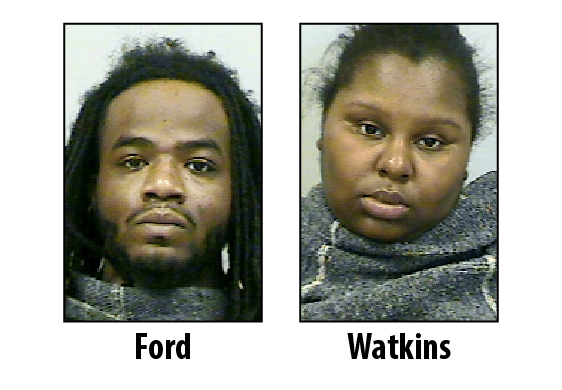 Arrests made for discharging guns inside city limits

On June 30, police arrested Darien Ford for discharging a firearm into the air on June 30 at 601 Old Washington Road.

“Darien was involved in a shooting incident where he exchanged gunfire with another individual,” said Walter Armstrong, Natchez police chief. “This individual has been identified, and we are actively working the case and additional arrests may be forthcoming. Several vehicles were hit in the exchange of gunfire.”

On July 1, police arrested Jasmonique Watkins, 27, for discharging a firearm into the air on June 29, 2020 at Williams Apartments.

“Watkins was in a verbal argument with another person because he was being disrespectful toward her,” Armstrong said. “The argument got loud, and she fired her weapon to scare him off.”

Armstrong said firing guns into the air is not only dangerous but is also illegal in the city limits of Natchez.

“This is not an acceptable way of celebration, and it creates an unnecessary risk for someone else,” Armstrong said. “Eventually that bullet that was fired must come down. Firing a gun inside the Natchez City limits is a violation of the city ordinance.”

The city ordinance against firing guns in the city limits not only carries monetary penalties but also jail time.

The ordinance prohibiting firing a gun in the city limits of Natchez carries a minimum $500 fine and 15 days in jail upon first offense and subsequent offenses carry $1,000 fines and 30 days imprisonment.

“The Natchez Police Department wants to remind citizens that while celebrating America’s Independence Day to do so safely,” Armstrong said. “If you choose to drink; drink responsible; and if you do drink let someone else drive.”