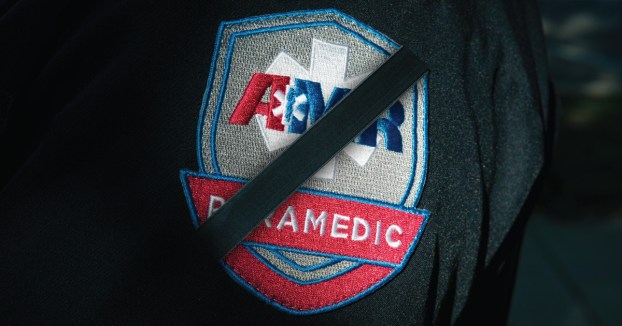 NATCHEZ — Local American Medical Response employees are mourning the loss of one its paramedics, who has died from complications due to the COVID-19 virus.

AMR  announced the death of David Martin in a post on social media Wednesday evening.

“Our hearts are heavy as we say goodbye to our friend and colleague David Martin, who lost his fight against COVID-19 today,” the post of Facebook said.

Bennie Boome, AMR Coordinator of Community Relations at the Natchez office said the Southwest Mississippi office was saddened by the news.

Boone said Martin did not work out of the Natchez office, but did work in the Southwest Mississippi coverage area — which includes Wilkinson and Amite counties.

Natchez is the headquarters for the company’s Southwest Mississippi office, Boone said.

Boone said Martin joined the AMR team in Natchez seven years ago and also worked for the AMR operation in Gulfport.

“A resident of Baton Rouge, Louisiana, David was greatly loved by his family, friends and coworkers,” Boone said. “Words cannot begin to express the sorrow of David’s EMS colleagues and we appreciate all of the heartfelt messages we’ve received from healthcare and public safety friends from around the country. We extend our deepest condolences to David’s family as we have them in our hearts, thoughts and prayers.”

“William David Martin, Paramedic, gave the ultimate sacrifice. It was not his intent to sacrifice his life for others. It was his job, his career, and his way of life,” Houghton wrote. “David answered the call at a time when across this country providers get up every single day and pray for protection. They pray as they get into their uniform knowing that, no matter what – THEY ARE THE LINE – and they will hold that line no matter what is on the other side.”

“To us, David’s co-workers, he is a hero. David is a hero because he faced the ultimate sacrifice and stood in defiance while showing his true character for all of the world to see,” Houghton wrote.

Humane Society back in business with new director

Elimination of nonconference games could have ripple effect

NBA teams at Disney had tough travel-party decisions to make

Softball Round up: See which softball teams won close games

Gibson is our pick for next Natchez Mayor

Softball round up: See what teams won recent games