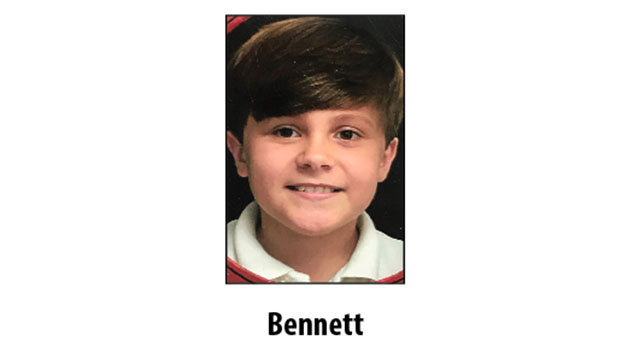 NATCHEZ — A Cathedral School sixth-grader and National Geographic Geo Bee winner said he didn’t know he had bested the older kids in the competition until he walked into a classroom full of students clapping for him.

Carter Bennett, the 11-year-old son of Ashley and Fabienne Bennett, is among the top-scoring semifinalists eligible to compete in the 2020 National Geographic GeoBee State Competition that will be hosted online later this month.

Earlier this school year, an estimated 2.4 million students competed in the GeoBee internationally and only the top 100 students from each state were invited to compete in the state GeoBees.

After competing within his school, Bennett took an online qualifying test comprised of geography questions with more than 8,600 other school champions, which they submitted to the National Geographic Society.

“I was competing against older kids, so I wasn’t so sure I was going to win,” Bennett said. “After that I went to the classroom and everyone started clapping.”

Bennett said history, geography and science are his favorite subjects in school partly because his mother, Fabienne, is a native of France and he had grown accustomed to traveling oversees at a young age.

Fabienne said her son enjoys reading about people and places in history, both for school and more so independently. He often would ride his bike to the library and checkout books that interest him.

Bennett said his other favorite activities include skateboarding and playing soccer.

He is a member of St. Mary Basilica in Natchez, Boy Scouts of America and the Miss-Lou Soccer League in which he plays goalie.

NATCHEZ — The Adams County Correctional Center is continuing to operate through the COVID-19 pandemic and is taking in inmates... read more