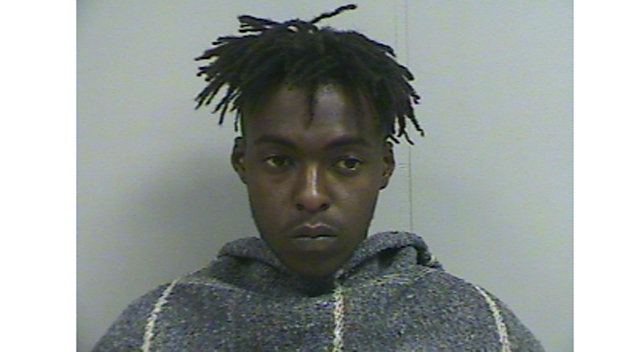 NATCHEZ — Natchez police arrested a man Saturday on charges connected to a Thursday night shooting that injured a man as he drove along Martin Luther King Jr. Street in Natchez.

Police arrested Omari Isaac, 20, on Saturday, Natchez Police Chief Walter Armstrong said, and charged him with two counts of aggravated assault, one count of drive-by shooting and one count of shooting into a vehicle.

Armstrong said Sunday afternoon that Isaac’s bond was set at $300,000 total, which is $75,000 per charge. Isaac was still being held in the Adams County Jail on Monday afternoon.

Armstrong said a tip led to Isaac’s arrest in the incident that occurred after the victim left Bobbie J’s Lounge at 727 Franklin St. and was driving along Martin Luther King Jr. Street in the 800 to 900 block.

“Upon arrival officers made contact with a witness who advised his friend (victim) had been shot in the legs and did not know where he went,” Armstrong said. “Officers found the victim laying on the ground beside a black vehicle in the parking lot of the fire station at MLK and Main. The victim was laying behind his vehicle, and it appeared that he had been shot in both knees.”

AMR ambulance service was dispatched, Armstrong said, and the victim was transported to a helipad and immediately flown to a level 1 trauma hospital.

“Officers also noticed that the vehicle appeared to have been shot several times,” Armstrong said. “The victim related that he was driving his friend home when a vehicle pulled up beside him and started shooting.”

The victim was reported to be in stable condition Saturday afternoon, and police said a tip led to Isaac’s arrest.

“The case is still under investigation and additional arrests are possible,” Armstrong said. “If you or anyone you know has information on this shooting you are encouraged to contact the Natchez Police Department. We know that Omari did not act alone and this case will remain active until all parties are brought to justice.”

Armstrong said anyone with information on Thursday’s shooting or any crime should call the police department at 601-445-5565 or Crime Stoppers at 601-442-5000 to report information anonymously and to be eligible for a cash reward.

NATCHEZ — A Natchez man was being held in the Adams County Jail on Friday on a charge of armed... read more