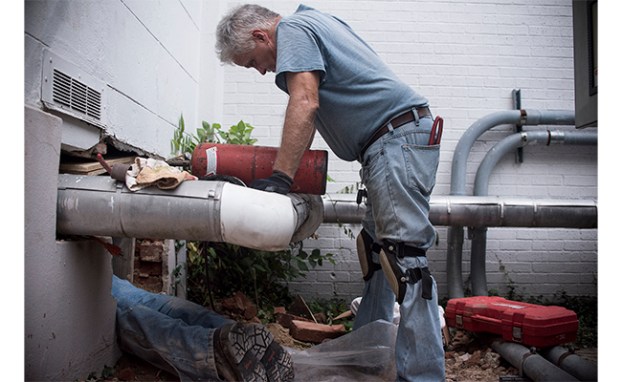 NATCHEZ — The Adams County Courthouse will be open today after work crews fixed a water line break that forced the building to be closed Wednesday.

Adams County Administrator Joe Murray said the water main break was discovered inside the basement of the building.

“It was running up underneath the basement,” Murray said.

“When you shut the water off you have to shut the AC system off or you will burn the whole system up,” Murray said.

Crews were able to repair the water line by late Wednesday afternoon. The courthouse will open at 8 a.m. today for a series of scheduled arraignments and sentencings.

“It has to be fixed,” Murray said. “It is like when an elevator breaks, you have to buy an elevator. Unfortunately it is the nature of what it is.”

Murray said looking back on the bills last month, the leak appears to have been happening for a while.

Not until someone heard water rushing in the walls from one of the courthouse’s bathrooms was anyone aware of the problem.

“Up until it really started getting bad, nobody knew about it,” Murray said.