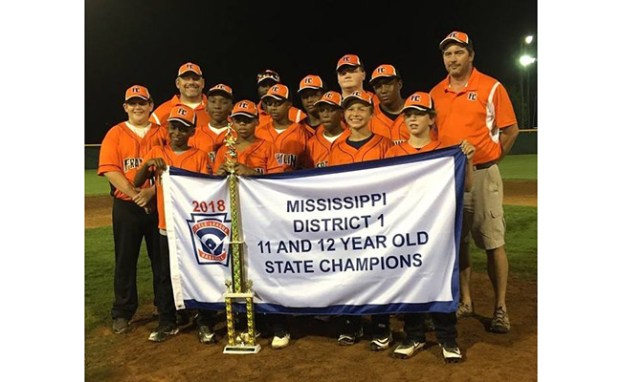 Team with a dream: Franklin County group playing for spot in World Series

WACO, Texas — After winning its first game of the Little League 12U Southwest Regional, James King and his youth baseball team from Franklin County realized just how hard it was going to be to win the whole thing.

King’s team — who won its state championship in July and is representing Mississippi — came back two times during its first-round win for an exhilarating victory on Thursday over Colorado, 15-10.

“They were very excited, but they were kind of nervous,” King said. “After the first few innings they settled down.

“By the second inning, we rallied to score six runs.”

Out of the eight teams in the tournament, one will advance to the World Series in Pennsylvania. If the stakes weren’t high enough, the Southwest Regional is being broadcast on ESPN’s Longhorn Network, while the semifinals and championship game will be broadcast on national television.

With access to the network in Texas, King said his Franklin County team watched highlights from its win over Colorado and the players were ecstatic.

“They love it. They watched it over and over,” King said.

Mississippi lost its late game against Texas East Saturday night, 16-4, meaning the team must win one more to reach a semifinal game to be televised on ESPN 2. The team will play New Mexico at 5 p.m. today.

“With this group of kids, it’s the chemistry,” he said. “They’ve been playing together six or seven years. I’d take that any day over talent. It’s what keeps it all together.

“They stand behind each other, and I’ve been with them so long that I treat them all like my sons.”

With the spotlight on them now, King said this is Franklin County’s chance to make a name for themselves.

If the Mississippi wins a semifinal game, the championship game will be broadcast on ESPN at noon Wednesday.

“It gives these kids a chance to get the recognition like they would in bigger states,” King said. “A lot of people have never even heard of our little town. This is our chance to get noticed and get our town on the map.

“My son and I watch it every year and record the games. I never thought we would be the ones playing.”

For the past three years, senior Trae Ferrell has played linebacker for the Alcorn State University football team. In his... read more